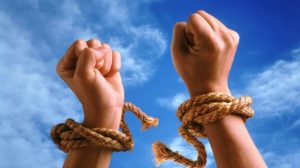 Posting bail can be a confusing process, especially when you are tossed with terms that you are haring for the first time. One way to understand Aurora bail bonds is to become familiar with the terminologies used for bail bond service. Here are some of the terms you will commonly come across and can prove useful to you during the procedure.

Bail is the monetary amount that the judge will set depending on the charges you face. The judge will base this according to a bail schedule. It is one way for the court to guarantee your trial appearance. Once you post bail, you or your loved one is released from jail.

It’s a contract that you enter with an Aurora bail bondsman, wherein you promise to pay the full bail amount in the event that you do not meet the bail agreements.

A term used to call a person charged with a crime and incarcerated in a detention facility. Such a title is given because the person must appear in court and defend themselves against the charges faced against him/her.

The judge follows a list that states the amount the defendant must pay based on the nature of the offense committed. The judge, at his/her discretion, can lower the amount of bail.

A non-refundable payment that you give to the bail bondsman in exchange for posting bail on your behalf to help you get out of jail. In Aurora, the bail premium is set to 10 percent bail bonds, although it can reach as high as 15%.

A person who sets himself/herself as a guarantor for the defendant. The Indemnitor is usually a family member, a significant other, or a friend of the defendant. Aside from paying the bail bond premium, he/she is also responsible for the defendant’s appearance in court. As an indemnity, you will be the one accountable should the defendant fail to follow the terms of the bond agreement. This means promising to pay the bond and forfeiting the collateral to the bail bond agent. It is a heavy responsibility, so make sure that you know the person you are bailing out before you set yourself as an indemnitor.

Your duties as an indemnitor take effect the moment you sign the bail agreement. Should the defendant fails to follow the conditions the bail agreement, the bail bonding company can take the collateral to pay for the bail in court.  You are not bound to this agreement if you did not sign the contract.

A bail bonding company often requires collateral on top of the premium for Aurora bail bonds. It can be anything of value such as real estate property, jewelry, car, computer, gaming rigs, firearms, or even home equity. Depending on the nature of the case and the defendant’s flight risk, the collateral can remain in the Aurora bail bondsman’s possession until the case is concluded. You can get the collateral back when the judge has issued a sentence, innocence is proven, or the bail is exonerated.

There are conditions that you must follow once you are released on bail. Such conditions may include but are not limited to:

Forfeiture or revocation can happen when you fail to meet the conditions of the bond. It also does not happen immediately when you miss a court date. The judge will issue another date and will send notice to the bail company. Should the defendant fails to appear again, the court will declare a forfeiture of the bond and will demand that the bail amount should be paid in full by the bonding company. In order to protect themselves from financial loss, the bail bond company may hire a bounty hunter to bring the fugitive back to court.

This is a written document attached to the bail bond contract by the bail agent. It tells the court that and other law officials that the bail bondsman in Aurora has the authority to post the bond in behalf of the surety and legally bind it to assume responsibility for the bail.

If you have problems about any of the terms pertaining to your Aurora bail bonds, VIP Bail Bonds do whatever it takes to help you understand them. Our office is open 24 hours a day, 7 days a week. Contact us now at (303) 778-0026 and let’s talk about your specific case.