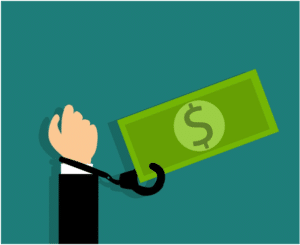 The American legal system is quite unique in the world, and if you find yourself arrested you might suddenly encounter the concept of having to pay a bond to be allowed out of jail. The idea is that you have to pay a set amount of money to the court, but you will have the money returned to you once you appear for your court appearance at the appointed time. You pay a refundable bond on the promise that you will return to court.

The amount you will be required to pay is usually determined by your personal circumstances, with the value being considered to be of a significant enough amount to make it unlikely that you will be prepared to forfeit it by not appearing at court.

However, as the amount required for a bond is usually in the thousands, if not hundreds of thousands of dollars, few people have this amount of money freely available, and for those that do have easy access to this type of money the bond might even be set at millions.

There are different methods that people might use in order to raise the funds necessary to arrange to be bailed out of jail, but the most common is the consult with a company, like Bluestar Bail Bonds Company, who specialize in providing funds to the court on behalf of a defendant.

How Do Bail Bonds Companies Work?

However, generally a company will require some form of collateral before they will agree to risk any money. Often this will be a house that is owned by the accused, or their friends or family, but the company may also accept other items of value such as a car or jewelry. Rarely will they pay bail without some form of way to recoup a potential loss.

They do run the risk of being forced to try and find an accused person who hasn’t turned up to court at the appointed time or be obliged to pay the court the remanding money they promised to pay. Although they have collateral, if they can avoid going through the arduous process of having to seize the assets they will.

Different states have different regulations about how much a private bonds company is allowed to charge (see here), although the general amount is 10% of the bail amount, however it may also be higher, and some states do no restrict the maximum amount that can be charged as a premium

So, whether you turn up to court or not, when you make an agreement with a bonds company they will take a non-refundable fee upfront. 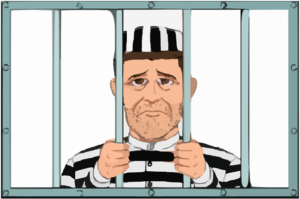 How Much Will I Pay?

Although every court has a different system, and each crime will come with a different guideline for a bond amount, you will generally be looking at around $300 for a simple misdemeanor, up to around $25,000 for a class B felony (for example a serious assault sexual, homicide or possession of heroin).

There are some crimes where you are not able to be released, with or without a bond, until certain legal requirements are met. This will also vary from state to state.

Although most states in the US use this system, it is not universal. Some states have got rid of the cash bond system completely.  https://www.npr.org/2018/08/28/642795284/california-becomes-first-state-to-end-cash-bailThe new system works much the same as legal systems found in many other countries around the world, where if a person is considered dangerous or is considered unlikely to appear at their court date, they are not released from jail – or if they are they have to agree to GPS monitoring or reporting systems. Although there are concerns from certain groups that this new system that removes the ability of people to be released may unfairly effect minority groups and may not allow for families to make custody or income arrangements.